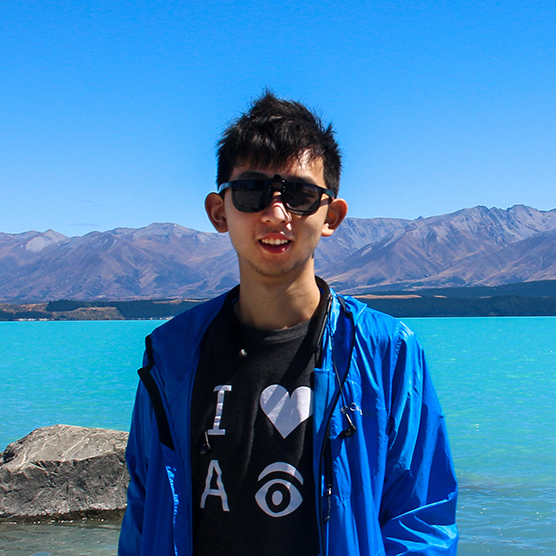 Self-supervised learning (SSL) has been studied extensively for alleviating the label scarcity problem of deep models. Recent SSL techniques are converging around the central theme of contrastive learning (CL), which aims to maximize the agreement of representations under multiple views of input data. However, the development of CL for graph-structured data remains nascent. In this blog post, I will introduce recent progress on graph CL. In particular, I will introduce a general graph CL paradigm and our recent work on graph CL with adaptive augmentation. Moreover, I will share some thoughts and outline future directions regarding this topic.

Graph neural networks (GNNs) in recent years have become a de facto standard for learning graph representations. However, most GNN models are established in a (semi-)supervised manner. In real world, labeled nodes may not be available to models and it is often time-consuming and labor-intensive to obtain high-quality labels. Also, supervised methods seek to learn the specific knowledge encoded in labels, instead of generic knowledge that can be reused across different downstream tasks.

Here I include two quotes:

“Labels are the opium of the machine learning researcher.”

“The future is self-supervised!”

They advocate that label supervision is not always necessary. Considering that the amount of unlabeled data is substantially more than labeled data, it is a natural idea to exploit various labels that come with the data for free, known as self-supervised learning (SSL). Nowadays, self-supervised graph representation learning has attracted a lot of research attention. Here is a curated list of must-read papers, survey, and talks that I maintained; you may refer to it if you are interested in reading more in depth.

In essence, self-supervised methods employ proxy tasks (aka pretext tasks) to guide learning the representations. These are framed by predicting any part of the input from any other observed part in the input data. For example, we might rotate images at random and train a model to predict the rotation angle of each input image. Since the prediction task is made-up, we usually do not care its performance, but rather focus on the learned representations that would carry semantic or structural meanings. You may refer to [Jing and Tian, 2020] for a comprehensive survey on self-supervised visual representation learning techniques.

Contrastive learning aims to maximize the agreement of latent representations under stochastic data augmentation. SimCLR [Chen et al., 2020] sets a paradigm for contrastive learning. Specifically, it derives two versions of one sample, and pushes the embeddings of the same sample close to each other and that of different samples apart.

There are three main components:

Formally, for any data point $\boldsymbol{x}$ (also commonly referred to as anchor sample in metric learning literature), contrastive learning aims to learn an encoder $f$ such that

We can construct an $N$-way softmax classifier to optimize it

Unlike visual representation learning, the traditional work of network embedding inherently follows a contrastive paradigm, which is originated in the skip-gram model. To be specific, nodes appearing on the same random walk are considered as positive samples. For example, node2vec [Grover and Leskovec, 2016] first samples short random walks and then enforces neighboring nodes on the same walk to share similar embeddings by contrasting them with other nodes. These traditional node embedding approaches could be seen as factorizing a preset graph proximity matrix, which have difficulty in leveraging node attributes [Qiu et al., 2018].

Another critical design consideration is data augmentation for graph-structured data, which transforms the original graphs to congruent counterparts. Most existing work adopts a bi-level augmentation scheme, consisting of both attribute- and structure-level augmentation.

We notice that most work leverages a dual-branch architecture following SimCLR [Chen et al., 2020] that augments the original graph twice to form two views and designates positive samples across two views. For some global-local CL methods like DGI [Veličković et al., 2019] and GMI [Peng et al., 2020], they employ an architecture with only one branch. In this case, negative samples are obtained by corrupting the original graph. Different from the aforementioned augmentation schemes that generate congruent pairs to model the joint distribution of positive pairs, we resort to the term corruption functions, which approximates the product of marginals.

To learn node representation in an unsupervised fashion, we train the model using a contrastive loss to maximize the agreement between node embeddings in the latent space. Particularly, we first define a pairwise contrastive objective, which takes in the form of NT-Xent loss (Normalized Temperature-scaled Cross Entropy) [Chen et al., 2020], given by

where $\tau$ is a temperature parameter. We define the critic function as

where $s(\cdot, \cdot)$ is the cosine similarity and $g(\cdot)$ is a non-linear projection to enhance the expression power of the critic function.

The reason behind the success of GRACE may be vague at this time. In this section, I try to establish a connection of the contrastive objective to several well-known learning objectives in machine learning literature. Firstly, our loss can be seen as a lower of mutual information between node features and the embeddings in the two views. To demonstrate this, we give formal definition to mutual information and the InfoMax principle.

Definition 1 (Mutual information). Mutual information (MI) $I(X; Y)$ is a measure of the mutual dependence between the two random variables $X$ and $Y$, determining how different the joint distribution of the pair $P(X, Y)$ is to the marginal $P(X)P(Y)$.

Definition 2 (InfoMax principle) [Linsker, 1998]. A function that maps a set of input values $I$ to a set of output values $O$ should be learned so as to maximize the MI between $I$ and $O$.

In representation learning literature, the InfoMax principle is a guideline for learning good representations by maximizing the mutual information between the input and output of a neural network.

Theorem 1 reveals that maximizing $\mathcal{J}$ is equivalent to explicitly maximizing a lower bound of the MI $I(\boldsymbol{X}; \boldsymbol{U}, \boldsymbol{V})$ between input node features and learned node representations. Recent work further provides empirical evidence that optimizing a stricter bound of MI may not lead to better downstream performance on visual representation learning [Tschannen et al., 2020], which further highlights the importance of the design of data augmentation strategies. However, as the objective is not defined specifically on negative samples generated by the augmentation function, it remains challenging to derive the relationship between specific augmentation functions and the lower bound of MI. We shall leave it for future work.

Alternatively, we may view the objective from the metric learning perspective, where the pairwise objective coincides with the traditional triplet loss.

In this way, we highlight the importance of appropriate data augmentation schemes, which is often neglected in previous InfoMax-based methods. Specifically, as the objective pulls together representation of each node in the two corrupted views, the model is enforced to encode information in the input graph that is insensitive to perturbation. Since the proposed adaptive augmentation schemes tend to keep important link structures and node attributes intact in the perturbation, the model is guided to encode essential structural and semantic information into the representation, which improves the quality of embeddings.

Augmentation serves as a crux for CL but how to augment graph-structured data in graph CL is still an empirical choice. In essence, CL seeks to learn representations that are insensitive to perturbation induced by augmentation schemes [Wu et al., 2020; Xiao et al., 2020]. The transformations therefore aim to produce a view which is distinct from the input but is also imperceptible, i.e. the transformation should not fundamentally alter its identity [Jovanović et al., 2021]. Considering that there is discrepancy in the impact of nodes and edges, we argue that augmentation should identify important structural and attribute information of graphs and preserve node identities.

At the topology level, we sample a modified edge subset $\widetilde{\mathcal{E}}$ with probability $p_{uv}^e$. This probability should reflect the importance of that edge in the graph topology. In network science literature, node centrality $\varphi_c(\cdot)$ is a often used measure to quantify the influence of a node. We derive the edge importance $w_{uv}^e$ from the centrality scores of nodes at the two ends. For undirected graphs, we take the average centrality scores at two ends, i.e. $w_{uv}^e = (\varphi_c(u) + \varphi_c(u))/2$, while for directed graphs, we simply have $w_{uv}^e = \varphi_c(v)$.

To alleviate the impact of nodes with heavily dense connections and overly high removal probabilities, we further log transform the edge importance followed by a normalization step.

In GCA, we consider and evaluate on three well-known centrality measures:

Here we visualize the obtained edge removal probability on the Karate club dataset [Zachary, 1977]. It is seen that the three measures all highlight connection around two central nodes (the two coaches). Further experiments also demonstrate negligible performance difference among the choice of centrality measures.

At the attribute level, we randomly mask a fraction of dimensions of node attributes with zeros, where the masking probability is denoted as $p_i^f$. Assuming important feature dimensions appearing in influential nodes, we calculate the frequency of each dimension.

where $x_{ui} \in \{0, 1\}$ indicate the occurrence of dimension $i$ in node $u$. Then, similar to topology-level augmentation, we transform the importance score $w_i^f$ into mask probabilities $p_i^f$ via log transformation and normalization.

For comprehensive comparison, we use five widely-used datasets, including Wiki-CS, Amazon-Computers, Amazon-Photo, Coauthor-CS, and Coauthor-Physics, to study the performance of transductive node classification. The datasets are collected from real-world networks from different domains.

We include a broad range of methods as baselines, including traditional graph embedding methods, GNN models, as well as supervised methods.

We follow the linear evaluation scheme in previous studies, where the model is trained in an unsupervised manner, and the learned node embeddings are fed into a simple $\ell_2$-regularized logistic regression model.

For all baselines, we employ a two-layer GCN model as the encoder and report the performance in terms of classification accuracy.

The overall performance is summarized in this table. We observe that GCA consistently performs better than unsupervised baselines by considerable margins. Also, we particularly note that GCA is competitive with models trained with supervision on all five datasets.

We also conduct ablation studies on the adaptive augmentation module. We replace the topology and attribute augmentation function with a uniform sampling function respectively.

The results are shown in this table. From the table, we see that both topology-level and node-attribute-level adaptive augmentation scheme improve model performance consistently on all datasets.

Please cite our paper should you find our work relevant to yours: